Dr. Anne Moore is a Senior Lecturer in Biochemistry and Cell Biology at University College Cork and a Principal Investigator with the PMTC. 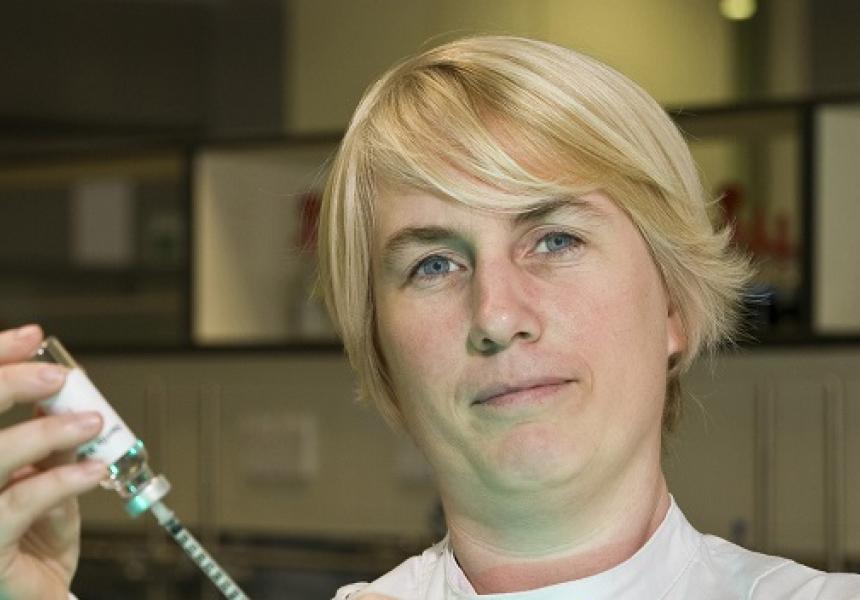 Dr. Anne Moore graduated with a degree in Biochemistry University College Cork. She completed a PhD in HIV vaccine immunology with Professor Kingston Mills. Dr. Moore subsequently embarked upon post-doctoral work on defects in immune responses in HIV-infected individuals in the Wistar Institute in Philadelphia and further work on recombinant vaccines against viruses such as HIV and Ebola virus in Dr. Gary Nabel's lab, then at the University of Michigan.

As a senior immunologist in Prof. Adrian Hill's group in the University of Oxford, she developed several T cell inducing vaccine candidates against malaria, TB and influenza and was involved in clinical trials of these and other vaccine candidates. She took a position as a Lecturer in Pharmacology, based in the School of Pharmacy, UCC in 2007. In 2016 she worked for 10 months with the vaccine biotech company, Vaxart, South San Francisco, while on sabbatical. Here she worked on tablet-based oral vaccines for a range of therapeutic and prophylactic vaccine. In September 2018, she took a position as Senior Lecturer in Biochemistry and Cell Biology, UCC.

In her spare time, Dr. Moore likes to play vets hockey, badly,but while having many hearty laughs along the way.