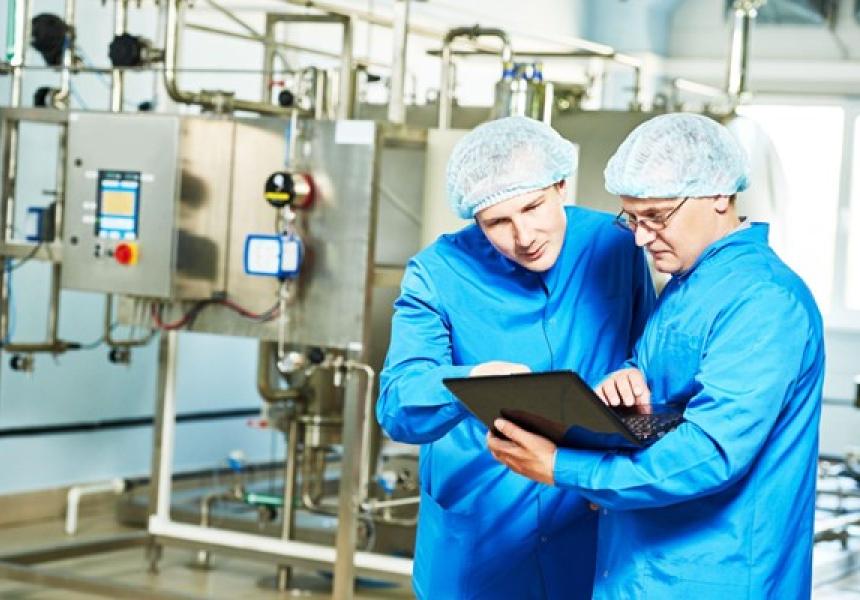 Why Shift Handovers Are Critically Important For Safe Operations

A shift handover process is straightforward in concept - communicate information so tasks can continue safely and effectively from one team to another.  But when it comes to execution, this simple process can quickly get complicated. Shift handover is a critical operational event that happens regularly, which is why it shouldn’t be overlooked when you are looking at areas where you can improve efficiency. A poor shift handoff doesn't just impact the smooth running of continuous processes, it can be a safety hazard too.

Many large-scale industrial accidents can be attributed to miscommunication during shift handovers. One of the many factors that led to the 1988 Piper Alpha disaster, considered to be one of the world's worst offshore disasters, was the failure of proper information being communicated during the shift handover process. The public enquiry report by Lord Cullen found that the incoming shift hadn't been informed that the pressure safety valve had been removed and replaced by a blind flange. The staff then took actions without this knowledge which initiated the disaster, caused a loss of 167 lives, and an insured loss of £1.7 billion.

The 2014 DuPont La Porte incident in Texas also had a failure during the shift handover process as per the U.S. Chemical Safety and Hazard Investigation Board report. The staff relied on verbal communication to convey troubleshooting operations to the incoming shift, but the details of what was communicated remained unclear as there were no written logs. This incident led to four workers losing their lives and 11,000 kg of the chemical methyl mercaptan being released from the pesticide manufacturing plant.

These are just two examples of major accidents in which shift handoffs were found to be a factor. Incidents like these don’t always happen due to unusual events or due to machines malfunctioning. A Health and Safety Executive report by the UK government found that across all the incidents they examined, poor shift handovers during planned maintenance work always increased the risk of something going wrong. When maintenance took place over a change of shift, the shift handover communication was not given a high priority, so key information was not captured. Decisions made without key knowledge transfer lead to major accidents which were, at times, fatal.

So how can we ensure that we have the right procedures for shift handovers in place to reduce the risk of accidents? There has been extensive research completed in order to determine the best shift handover practices with similar recommendations across industries. Whether you look at the handover practices for offshore facilities or for running the Mars exploration rover, the most common overarching theme you’ll find is effective communication. Here are some points to keep in mind when creating a high-quality shift handover process:

Shift handoffs should never be a hasty afterthought. There should be a clear procedure that fits in seamlessly with the rest of the workflow. The important messages need to be highlighted so they are not buried under irrelevant details. There should be sufficient time for handovers to take place as they are a safety-critical process that requires vigilant follow-through to decrease the risk of accidents. The time set aside for the shift handover process should also be flexible so they can go on longer if needed, such as when there's a longer shift or when staff members return from extended leave periods.

There are always some shifts that need extra attention and these shift handoffs should be identified beforehand. These are the shifts where there’s an increased risk of things going wrong even at the slightest miscommunication.  High-risk shift handovers include but are not limited to handovers between experienced and inexperienced staff, and during any deviations from regular operations, such as maintenance.

Handovers are conventionally seen as a one-way communication which can lead to gaps in understanding. It’s not enough to leave a list of tasks and instructions for the next shift. Staff from both shifts should be equal participants in the shift handover process, with the new shift having the freedom to provide feedback and ask any questions for clarification. Face-to-face communication has also been found to be more effective but in cases where it’s not an option, enabling two-way communication through video conferencing or over the phone is essential.

4. Include written communication along with verbal instructions

Both verbal and written communication is important to reduce the ambiguity of the information and providing it twice, it reduces the likelihood of erroneous information being communicated. Something captured in a logbook might not be mentioned verbally, or vice versa. Over-reliance on any one communication channel can lead to the intended message being misunderstood or not being communicated during the shift handover process.

5. Keep in mind the information needs of incoming staff

There can be an assumption by the team that's conducting the shift handoff that the incoming team is operating with the same mentality — that they also think and operate the same way that they do. This is why handovers should capture the intent of the information being communicated to aid comprehension — the incoming staff shouldn’t just know that an activity has to be completed but they also need to be aware of why it’s being done and what can go wrong if it doesn’t happen.

6. Emphasise the importance of handover procedures & build communication skills of the staff

Since shift handovers are a regular process, it’s likely that complacency might set in and adherence to procedures may drop. The necessity and importance of following the established shift handover procedures should be clearly made known to the staff doing them. They should also be trained to improve their communication skills for a clearer transfer of information. The team should also be encouraged to help refine the shift handover process so it can be modified to suit their needs better.

With effective shift handoffs being a high priority, you might face challenges to adopt best handover practices if you’re still using the traditional methods of tracking shifts. Whiteboards, Excel documents and email might not be enough to properly communicate the information from one shift to the other. As industries transform digitally with advanced manufacturing and IoT solutions replacing previously followed methods, key processes such as shift handovers can also be digitised. A digital shift handover can eliminate many of these challenges and make the shift handover process much more efficient.

EviView offers a one-stop solution for digital shift handovers with our e-ConnX application that can fully replace these disparate methods of handovers. This shift handover software has been designed for modern advanced manufacturing and it can operate on its own or be integrated into existing systems such as ERP, Historian, MES, Scheduling tools, CMMS, QMS, Safety, etc.